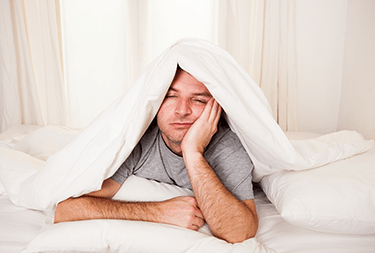 A number of studies have found a link between sleep apnea, and the risk for developing Alzheimer’s disease later in life.

Sleep apnea is a common disorder characterized by breathing problems during the sleep cycle. Those who have sleep apnea experience an airway collapse during sleep that will often awake the sufferer. Persons with this condition are therefore likely to suffer from disturbed sleeping patterns, lack of sleep, and poor sleep quality.

Sleep apnea occurrs in around 34% of men and 17% of women in the country. However, medical specialists say that the number could be higher, since a majority of cases of sleep apnea remain undiagnosed.

The Link to Alzheimer’s

At least three studies conducted in Wheaton College in Illinois all found significant links between breathing disorders like sleep apnea and the presence of biomarkers linked to Alzheimer’s.

These studies have shown that adults, especially senior citizens with sleep apnea, exhibit higher levels of amyloid beta which is the primary component of the amyloid plaque that characterize Alzheimer’s Disease.

The study published in the American Journal revealed that older people with obstructive sleep apnea have higher levels of amyloid beta. Dr. Richard S. Ororio, senior author of the study, said that sleep disturbances encourage the buildup of amyloid deposits and hasten cognitive decline among older patients and people at risk for Alzheimer’s disease. However, the determination of the specific cause is hard to prove, since both conditions arise out of similar risk factors and can also be found in the same patient.

The study looked into the association between the severity of sleep apnea and changes in Alzheimer’s markers or whether the amyloid deposits increased over time in elderly patients with sleep apnea. It covered 208 participants from 55 to 90 year old. All participants had normal cognition according to the results of standardized tests and evaluations. None of them had related medical conditions such as depression or any cognitive disorder.

Amyloid beta measurements were taken through lumbar puncture samples subjected to positron emission tomography to measure the levels of amyloid beta in each participant.

Results of the Study

The results showed that those who experienced more incidence of sleep apnea through their normal sleeping periods have increased levels of amyloid beta. This finding was confirmed by PET scans. This could be supported by past research that show how the brain clears up deposits of amyloid plaque during deep sleep. Sleep disruption due to sleep apnea may impede this process, contributing to the buildup of plaque in the brain. According to Dr. Ronald Peterson of the Mayo Clinic Alzheimer’s Disease Research Center, recent research has shown that people who were repeatedly jolted awake during the night showed rapid increases in amyloid levels. People who experienced sleep disruptions for several weeks also displayed increased levels of tau protein tangles, another market for Alzheimer’s disease.

While studies show a link between sleep apnea and Alzheimer’s, researchers have not yet found a direct relationships between the severity of sleep apnea and the onset of cognitive impairment in patients. One theory that could explain this is that changes in amyloid levels occur in the earliest stages of Alzheimer’s.