The Oldest Living Veteran is Young at Heart 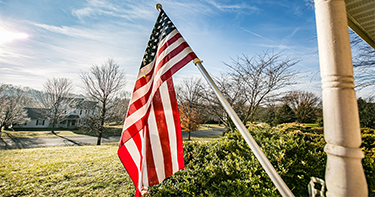 Imagine living through World War II, having been at Pearl Harbor when it was attacked, experiencing the Civil Rights Movement, the change and turmoil of the sixties and the election of the first African American President. Now imagine still being around to talk about all the remarkable events you’ve seen. The oldest living veteran can be described as a walking archive. His name is Richard Overton, and he has seen and experienced history in ways that very few people have.

At 111, Richard Overton still enjoys a good Tampa sweet cigar–make that 12 cigars a day, and a drink of whiskey. Many well-meaning people might encourage a man of his years to give up the smokes, but Overton attributes his longevity to God and his cigars.

Born in 1906, Overton, a resident of Austin, Texas lives in the house he built 70 years ago on a street named after him. He spends most of the day sitting on his porch, listening to music and taking in all that’s going on around him–from birds chirping to neighbors passing by.

Overton was married twice and has outlived his closest relatives. Although he had no children, he has people who love him and make sure he has the resources he needs to remain in his home. In fact, with the help of his cousins who set up a GoFundMe page, Overton has around-the-clock in-home care. His caregivers make his favorite meals, including meatloaf and catfish.

On his 111th birthday, the city changed the name of the street where Overton resides to Richard Overton Avenue. That event brought out at least 200 well-wishers to his front lawn. Many of whom enjoyed having their photos taken with Overton. On that historic day, his neighbors showered Overton with tokens of love, including bottles of whiskey, coke and of course, those aromatic sweet cigars. In fact it is said that he still has several bottles of whiskey and Coke stash in various places throughout his home.

Richard Overton had the pleasure of doing something few people can claim. He met a president of the United States. Having made two trips to the White House, Overton met President Obama. During his first visit on Veterans Day in 2013, he received honors during a special ceremony. Not only has he met the president, he has met his share of professional athletes and other celebrities. In 2015, he was the subject of a documentary and at that time he was still driving, but has since ceased getting behind the wheel.

Overton had a bit of a setback when he was hospitalized for pneumonia. He received IV fluids to help him fight off a high fever and was not able to smoke during his stint in the hospital. However, being the determined one that he is, Richard Overton battled back and was able to resume his porch-sitting and being a welcome presence in his neighborhood.

Our estate planning attorneys love being able to share happy stories from our nation’s veterans. OC Elder Law specializes in helping our servicemen maximize veterans benefits. If you have a story about a veteran you would like us to feature in our blog, send us an email at info@ocelderlaw.com today!