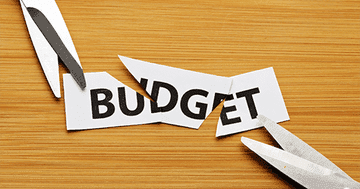 For many Americans, the bulk of retirement planning revolves around expectations of their future Social Security benefits. However, our estate planning attorneys have seen firsthand that the reality of these benefits isn’t always exactly what people expect; due to changes in government policy.

Texas Rep. Sam Johnson, chair of the Social Security subcommittee, hopes to preserve the program while improving retirement security with a piece of recently introduced legislation that would significantly cut Social Security benefits.

Upon introducing the bill, entitled the Social Security Reform Act of 2016 (H.R. 6489), Chairman Johnson stated, “For years I’ve talked about the need to fix Social Security so that our children and grandchildren can count on it to be there for them…My commonsense plan is the start of a fact-based conversation about how we do just that.”

The Social Security Board of Trustees has already warned lawmakers that the program is on course to fail. Indeed, this year’s Trustees Report predicted that workers would face a 21% cut in benefits starting in 2034 if Congress did nothing to reform the program.

For most workers, the reform bill would considerably cut Social Security benefits. In fact, a letter from Social Security’s Office of the Actuary showed that workers making around $50,000 annually would see benefit checks reduced by between 11% and 35%. Virtually every income bracket, besides the very bottom, would see a reduction. The plan would also completely eliminate costs of living adjustments (COLA) for retirees earning more than $85,000.

The Social Security Reform Act of 2016 hopes to ensure Social Security will be there when Americans need it by modernizing the benefits calculation process and using a more accurate measure of inflation for the annual Cost of Living Adjustment. The bill also updates the full retirement age at which workers can claim benefits from 67 to 69 years old to better reflect Americans’ longer life expectancy, while still maintaining the age for early retirement.

Chairman Johnson’s bill also proposed raising the minimum benefit for those who earned less and limiting the size of benefits for spouses and children of higher-income earners. After eliminating the Retirement Earnings Test, workers would also have flexibility in choosing whether to receive benefits without a penalty while they are working or delay retirement and wait to receive benefits. Saving for retirement would also be encouraged by phasing out Social Security’s tax on benefits for workers who stop working due to a disability.

Regardless of the outcome of Chairman Johnson’s bill, retirement planning can be a confusing and intimidating process. However, our estate planning attorneys in Long Beach, Orange County, Corona, Palm Desert and Palm Springs are always available to help navigate your family to peace of mind.