When one Alabama high schooler made the decision to ask his favorite girl to prom, he thought of the most amazing person in his life–his grandma, nicknamed “Nanny.” Bryce Maine’s grandmother didn’t get the opportunity to go to her own prom when she was in high school, so the Eufala teen thought it would be a sweet gesture to take her to his. Regrettably, the school didn’t think it was so sweet, and declined to allow Bryce’s grandma to attend. 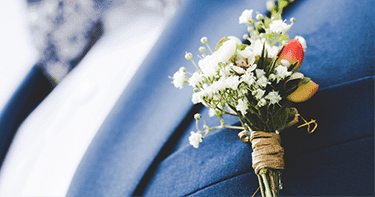 The ruling came as part of an overall rule that ensures the safety of the students during the annual dance. According to the principal, there is an upper age limit that dictates who can go to the prom each year. Unfortunately, Nanny was beyond the age guidelines. Much to the chagrin of Bryce and his followers on Facebook, Nanny would have to sit this one out.

The principal’s reasoning for the ban was simple. Because Nanny was an adult, there was a chance that she could bring alcohol and supply the students with it. The principal also said that bringing older students to prom made a mockery of the event, and would open the floodgates for other students to bring older dates. The principal did not back down, despite heavy online outcry to his decision.

This was not the first time a young person was not allowed to bring a non-student date to prom. The principal said that he had gotten other requests in the past, and had denied each one.

It seems, however, that not all high school principals share the same concern. In April 2017, Connor Campbell of Summerville, South Carolina took his 93 year old grandmother to prom. Austin Dennison of Rockford, Ohio, took his 89-year old great grandmother Dolores to prom—an event she had not been able to afford when she was in high school.

While there is some merit to the claim that older students may compromise the integrity of the event, the outrage stems from the rigidity of the rule. Bryce is not attempting to bring a college-aged adult to prom, he wants to bring his elderly grandmother. His supporters think that the principal should make the decision on a case by case basis instead of instituting wholesale rules that can’t be broken under any circumstance.

The story gained traction online and eventually made its way to the likes of CNN, Inside Edition and Fox News. The response has the public has been mixed. Some people think that the decision was outrageous, while others feel that there need to be guidelines in place to protect students. In the past, students have attempted to bring dates that were college age, with disastrous consequences.

Our estate planning attorneys in Orange County can’t help but be moved by young Bryce’s story, and we’re happy to report that there is a happy ending to this tale. Bryce decided to take Nanny out on a fancy dinner and dancing date so that she could enjoy the prom experience that she missed out on. Nanny says that she will wear her pretty dress and get a makeover for the event. And the world will be watching this sweet story unfold.