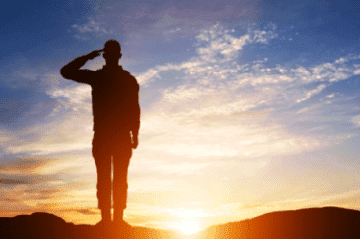 In a collaborative effort, the U.S. Department of Veterans Affairs (VA) and the Cohens Veterans Network (CVN) have recently announced a program with the aim of increasing accessibility of mental health resources for veterans.

In recent years, we’ve seen dozens of celebrities, athletes, and public figures come forward to open up about their mental health in an effort to remove the stigma, while also encouraging people to seek help when they need it.

Now that it is becoming more socially acceptable to speak about mental health issues publicly, we are starting to see meaningful benefits for our veterans.

With the disturbing rise in veteran suicide rates and cases of veterans suffering from PTSD, partners VA and CVN have teamed up to tackle the issues in a three-pronged approach.

1) Spreading awareness and working together in the establishment of mental health education programs.

2) Determining the best locations for the establishment of Cohen Clinics in regions where veterans are thought to be underserved.

3) Working together to share educational resources developed by VA with health care providers.

WHAT EXACTLY IS PTSD?

When individuals are faced with stressful or traumatic situations, there are two basic nervous system responses. The first is known as Mobilization, or ‘fight or flight’. When a dangerous or disturbing combat situation presents itself, an individual’s heart rate and blood pressure will rise. Muscles tighten to elevate strength and reaction time.

The next reactionary process is called Immobilization, and this occurs when danger is no longer a threat. At this time, heart rate, blood pressure, and muscle responses should return to normal. PTSD occurs when immobilization does not occur. In these instances, individuals who have suffered too much exposure to traumatic situations or have simply seen too much find their nervous systems stuck in the mobilization stage and are unable to return to a state of physical and mental balance.

Regardless of how these proposed changes, initiatives, and resources manifest themselves, the need for change is clear. Veterans suffering from PTSD exhibit a wide range of symptoms that differ from case to case. Some of the most common symptoms include recurrent reminders of the traumatic events, often in the form of nightmares, negative thoughts, and flashbacks. Avoidance of reminders is also common as individuals remove themselves from family and friends in the attempt to distance themselves from reminders of what they have seen, who they feel they have become, and who they used to be. Negative thoughts and moods can be prevalent as the exposure to negative events and memories can taint feelings of self-worth and cement feelings of guilt and shame. Sufferers of PTSD also can seem jumpy and unable to relax; this is understood as the inability to shake the mobilization response to trauma as anger, recklessness, and sleep difficulties can become more and more prevalent.

PTSD can be difficult to treat as symptoms can arise instantly or years down the road. Initiatives like those launched by the Veterans Affairs and Cohens Veterans Network work to help veterans in the struggle to leave the war zone behind and move forward in a way that protects and promotes their mental health.

If there is a topic relating to veterans that you feel needs more public awareness, please feel to reach out to us at info@ocelderlaw.com