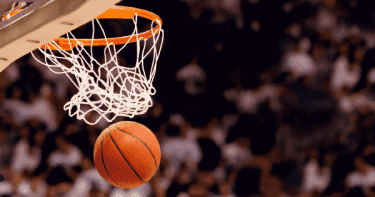 Every now and again, a human interest story comes along in the news that sticks out from the rest. These stories are a refreshing change from the sad news that daily grips the world in various forms. Sister Jean Delores Schmidt is just one of those stories. A unique and dedicated 98-year-old nun, Schmidt has become a figurehead for a treasured American pastime: basketball.

As the nation is gripped by the basketball frenzy known as ‘March Madness’, Schmidt spiritually supports her team, the Loyola University Chicago Ramblers, as their chaplain for the past 25 years. Not only does she bring her spiritual brand of support to the players, but she has also become known as the team’s lucky charm and trusted advisor.

From about the second week of March to early April, March Madness brings the basketball fervor to a fever pitch as a series of tournaments are played to name the national college basketball champions. These single-elimination tournaments determine the championship team as they need to win six games in a row. The high-stakes intensity is fervent as one loss sends a team home. Before each game, the team’s coach, Porter Moser, and Sister Schmidt impart their words of support and encouragement to their team.

Prior to becoming the team chaplain in 1994, the 98-year-old Sister Schmidt was an elementary school teacher, a campus minister, and an academic advisor. She had played basketball in high school and has been a life-long fan. Schmidt has found the ultimate way of combining her religious fervor with the two things she loves the most: supporting the spirituality of young people and basketball. Always an intense fan, Schmidt’s role as the Loyola University Chicago Ramblers team chaplain has recently moved her into the forefront of the nation’s basketball community, and with the current success of her team, her story has stolen the hearts of readers, viewers, and basketball fans alike.

Currently, Schmidt’s beloved team is the 11th-seeded team in March Madness, and for the first time in 55 years, they have secured themselves a place in the Elite Eight of the NCAA Division 1 Men’s basketball tourney.

Schmidt became somewhat of a spiritual sensation after an interview with TruTV helped spread this inspirational senior story. During the interview, Schmidt recounted how she spoke to her team on Saturday before they went out on the court to gain a one-point victory over Tennessee.

Schmidt is at every game on the sidelines, in the locker room, and in the hearts of the players. She helps prep the players before their games by reminding them how they can help spread the word within the game. She gushes over her players’ humble and loyal attitude as they don’t care who gets the baskets as long as it’s their team!

Her prayers form a unique blend of Christian faith and basketball acumen. She is known to pray for refs to make the right calls and blend prayers with scouting reports. She is also admired for her steadfast knowledge of the game. On her very first day, she is said to have created a complete scouting report for Coach Porter Moser, and this young lady knows her brackets.

Sister Jean Delores Schmidt exemplifies the passion of the human spirit. She has dedicated her life to spreading the values of spirituality, faith, hard work, and of course, love of the game. As the team chaplain of the Loyola University Chicago Ramblers, her prayers, guidance, and support could just lead the team to the end of the March Madness championships.