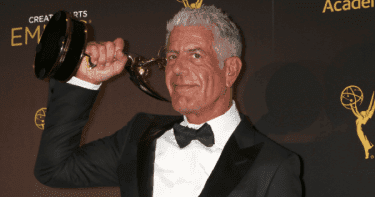 Anthony Bourdain’s estate plan has become a public matter due to his celebrity status, and can be used as a learning opportunity. His estate plan offers practical insights that can be used when developing your own estate plan.

While some folks might question how Bourdain was worth “only” $1.21 million at the time of his death, that figure still places him among the wealthiest three percent of Americans. If his estate plan was centered on stock, bonds, and other “rich people” financial instruments, his wishes would not carry much value to a general audience.

However, Bourdain did two things in specific that set a good example for others. First, he left nearly his entire estate to his 11-year old daughter.

That may seem like an obvious thing to do, but many individuals fail to realize that they still need to have a proper estate plan in place in order to ensure their wishes are carried out correctly. The ultimate purpose of any estate plan is to protect the interests of those you love, and you’re not doing that unless they’re mentioned by name in your will or trust.

According to Caring.com, 60 percent of Americans don’t have an estate plan at all. This opens up a gray area that can lead to your assets getting distributed in a manner you may not expect.

Worse, the same source noted that 64 percent of Gen Xers and 78 percent of Millenials have yet to engage in any estate planning at all, even though they have reached a child-rearing age. Should something unforeseen happen to them, their children may not inherit everything that they should.

The other interesting thing Bourdain did is to leave his frequent flyer miles to his estranged wife. Bourdain traveled a lot for his job, especially to film his “Parts Unknown” TV show. As a result, he would have accumulated more miles than the average person by a significant margin.

Yet frequent flyer miles, rewards points, and other perks are often neglected in estate planning. Considering that it has become nearly impossible to shop without hearing a sales pitch for some type of rewards system, there is real value in this category. For example, 68 percent of American adults have at least one credit card that earns travel rewards according to Nerd Wallet.

Part of the reason that these assets are often neglected is that they cannot be exchanged through a simple beneficiary designation form.

Instead, each airline has its own policies on what can be inherited and by whom. They can do this because every rewards program is essentially a contract between a consumer and a company.

Some estate planning attorneys in Chino might not know the specific rules every different airline utilizes, so they group these assets under the “Tangible” category in the formal estate plans that they draw up.

Bourdain has the advantage of a celebrity status, so any airline that failed to honor his wishes would likely face a substantial PR backlash. Therefore, it is probable that his wishes will be honored even if the airline(s) in question would not do so otherwise.

That said, regular people may be able to mimic the strategy to an extent by sharing their story with the local media in their area. It’s unlikely to receive the amount of coverage Bourdain’s estate plan has, but may generate enough buzz to get you what you want.

Bourdain also documented his estate plan in his formal will and named a specific agent to ensure its execution. Both are “estate planning best practices” that everybody should follow his example on.