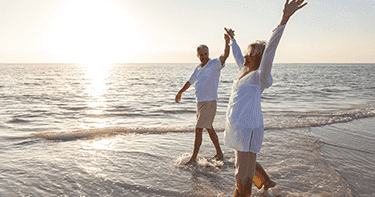 When seniors begin to contemplate retirement, the thought process eventually turns to the question of relocation. It’s common for retirees to have a “target city” in mind when the day comes to close up shop.

Hundreds of organizations like banks, real estate companies, travel agencies, and econometric agencies annually draw up their own lists of the best places for seniors facing retirement. When factors like tax rates, safety, natural beauty, and outdoor activities are added to the mix, the top retirement locations in the U.S. seem to repeat in each year’s listings.

The five U.S. cities that rank as favorites for retiring seniors are:

Reno, Nevada
Reno is not what most people think it is. Many U.S. residents tend to view Reno as a city full of casinos that plays second-fiddle to Las Vegas. In actuality, nothing could be further from the truth! Reno offers symphony orchestras, Broadway shows, hiking, skiing, and of course gambling for those who so desire. But for retirees, the benefits are even greater. Low taxes, top-notch health facilities

low crime are three components of Reno’s recent surge of popularity among seniors ready for retirement.

Hollywood, Florida
Hollywood has something that most other cities don’t: an old-world “feel” left over from its heady beginnings in the early part of the last century. Retirees like the fact that there’s no state income tax, but primarily are attracted to the city for its quaint beach houses and small-city ambiance. Art attractions abound, and the scenery is among Florida’s best. The top factor mentioned by retirees, however, is the city’s affordable lifestyle. Real estate, retail, and most other expense categories rank among the nation’s lowest in Hollywood, Florida.

Chattanooga, Tennessee
Chattanooga is one of the newer entrants on the top five lists, but has several key demographic factors to recommend it. First, the city’s crime rate is low and getting lower, thanks to new police department efforts backed by voters and city hall. Chattanooga is conveniently positioned on the river gorge, which has led visitors to dub it the nation’s “scenic city.” A host of factors are retiree-friendly, like the low estate tax rate, available and affordable housing, and a bevy of cultural attractions.

Spokane, Washington
With a medical hub smack in the center of the city, Spokane has been a favorite for retirees for more than a decade. The city planners have put a major emphasis on developing green spaces and boosting the arts. Those attitudes, along with very low property taxes, no state income tax, and cultural activities throughout the year, are the social magnet that seems to draw and keep retired U.S. residents from all over the country. Seniors who want to take advantage of the city’s educational institutions can find hundreds of free or low-cost courses at Eastern Washington University and Gonzaga. Golf, skiing, hiking, nature or fitness walking, and bicycling are just a few of the outdoor activities that the city’s retired citizens enjoy year-round.

Iowa City, Iowa
The University of Iowa plays a large role in Iowa City’s cultural and educational life. Low crime, a wide variety of outdoor fun and a very diverse arts community are just a few of the factors that play into Iowa City’s new status as a top-level destination for retirees from all over the U.S. Affordable homes and reasonable tax rates are often mentioned by locals as things they appreciate about the city.

While no list can take everyone’s tastes into account, the five cities listed above offer a wide variety of sports activities, cultural attractions, outdoor excitement, and access to high-quality health care.