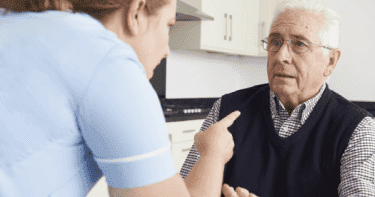 A recent report from the Government Accountability Office (GAO) shows that at least 26 states cannot account for the critical incidents in assisted living facilities, including physical and sexual elder abuse. In the report, huge gaps have been found in the regulation of the facilities, a shortfall that has put a huge number of elderly people at risk.

Financial Exploitation of the Elderly

A shocking revelation in the human rights watches report shows that at least 179,000 seniors living in the nursing facilities receive antipsychotic medicines even with the absence of a psychiatric diagnosis.

Researchers say that the medication is administered to suppress behaviors and make the aged more controllable. In fact, while these facilities are cheaper than nursing homes, watchdogs say they cannot tell how much care is provided. In the GAO report, at least $ 10 billion is spent in assisted living services, with an average of about $ 30,000 per head every year.

Each state is expected to account for elder abuse cases, including unexplained deaths, neglect, and exploitation. However, the Government Accountability Office found that most states could not explain how the funds were used. Only 22 states accounted for potential or actual harm.

GOA Finds Gaps in the Report

Medicaid agencies in each state are expected to monitor potential or actual harm incidents among the elderly. Unfortunately most failed to give a report of the incidents due to inadequate tracking systems and lack of clear guidance on what constituted elder abuse. The report concludes that Medicaid service centers have not provided clear guidelines to states.

More so, the centers have failed to critically monitor how funds are dispensed for assisted living. As such, the report concludes that the federal healthcare agency is not in a position to protect the welfare of Medicaid beneficiaries or control elder abuse. The report shows that the federal government has full details of how funds are used in nursing homes offering Medicaid services, but little about Medicaid beneficiaries in the assisted living facilities are known.

According to the report, with scrutiny and proper management, assisted living could save a lot of money for Medicaid given that it is cheaper than home care. In 1987, a law was adopted by Congress to strengthen the protection rights of nursing homes. However, there is no scrutiny in assisted living facilities since Congress has yet to establish standards for the facilities.

These are the findings that prompted GAO to insist that the federal government officials monitor the facilities to ensure residents are protected. An annual reporting of critical incidents was also recommended. The Trump government plans to clarify elder abuse report requirements.

As estate planning attorneys, we are committed to fighting against elder abuse in its many forms. If you or a loved one is experiencing elder abuse, please call the Adult Protective Services and Elder Abuse Hotline. (800) 222-8000