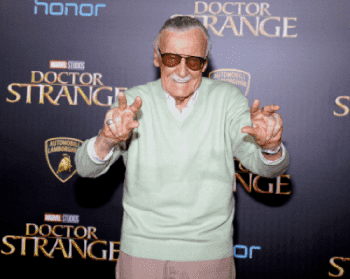 Stan Lee, the co-creator of numerous iconic superheroes belonging to the Marvel Comics Collection passed away in Los Angeles this past Monday at Cedars-Sinai Medical Center. Lee’s estate is surrounded by a significant amount of controversy, and estate planning attorneys say there are numerous lessons to be learned from his situation.

Financial predators were allegedly attacking Lee’s estate prior to his death. The value of the estate was estimated at approximately $50 million. Memory, vision and hearing impairments reportedly stopped Lee from combating certain individuals who were allegedly after his fortune. Family members, caregivers and business associates were attempting to help Lee gain control of his assets prior to his death.

Charlie Douglas, a Georgia-based estate planner, said that situations such as Lee’s will occur more frequently in the future, as an increasing number of individuals are now living well into their 90s and may not be able to properly manage their finances due to various age-related problems.

Estate planning typically centers around the distribution of money and assets upon a person’s death, rather than end-of-life planning, yet the latter is vitally important as well: wills only protect a person’s assets after death, but revocable trusts and similar options focus on managing assets as one ages.

Experts recommend something called a “revocable trust” for older clients such as Lee, as this type of trust offers more protection against elder financial abuse.

For example, a “standby revocable disability trust” is a type of trust that allows a successor trustee to manage all the assets in a trust should the owner of the estate become incapacitated or mentally impaired.

This type of a trust may have been beneficial for Lee, as he reportedly had multiple problems with his 67-year-old daughter, JC, with whom he was on bad terms. She was allegedly spending up to $40,000 a month on credit cards and also demanding that alterations be made to a trust that was previously set up for her by Lee.

Lee had also filed a declaration through an attorney that stated “three men with bad intentions” were attempting to obtain control of his money, property and assets. During summer of 2018, an LA court issued a temporary restraining order against one of the three men. Some financial experts and lawyers have pointed to Lee’s situation as a perfect example of financial elder-abuse and how this type of crime is frequently committed by those closest to the person.

Some estate planning attorneys in Orange County believe the most important lesson to be learned from Lee’s dilemmas, both before his death and after, is appropriate trustee selection. Hyman Darling, an estate planner and elder law expert recommends naming a trustee for reasons other than the fact that the person lives closest to the estate owner or is the oldest among all his or her relatives. Charlie Douglas has stated that he believes it is also important to ask clients exactly why they are choosing a certain person as a trustee, and if there is any possibility that person may be influenced by someone else in the future.

Another option that has moved to the forefront of estate planning is the use of a group of co-trustees or an independent, professional trustee to oversee an estate. This is a good protective measure to take against unscrupulous individuals who may be part of the estate owner’s inner circle. Douglas stated that Lee may have been an ideal candidate for this kind of set up, as he only had one daughter and his relationship with her was difficult.