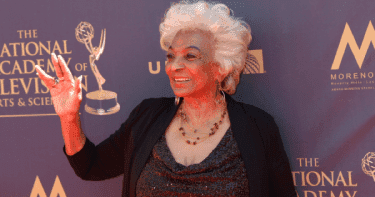 Nichelle Nichols, American actress and star of TV’s Star Trek has found herself in the middle of a bitter battle for conservatorship to protect her interests. Nichols was diagnosed with dementia recently and four temporary conservators were appointed to handle her finances. Her son, Kyle Johnson, has claimed that the conservatorship was for his mother’s best interests.

According to Johnson, nearly $300,000 of his mother’s money has gone missing from her bank account. He has also claimed that Gilbert Bell, Nichols’ current manager, has had a property owned by the actress deeded to himself. The fiduciary conservators are not members of the family.

A friend of Nichols has filed a case to challenge the decision of the court to designate conservators on her behalf. The actress friend, Angelique Fawcette, claimed that the move to overturn the decision is to prevent damage to Nichols’ personal and financial interests. Fawcette also claimed that Nichols’ son has ulterior motives.

Fawcette claims to be a close friend of the legendary TV actress. According to her, Nichols was not diagnosed by a psychiatrist or a geriatrician. Five years prior to the events, she recorded a video where she interviewed Nichols. Nichols could be seen on the video telling Fawcette she was frustrated at how Johnson has been insisting that she stop going to conventions, essentially telling her to stop working.

According to Fawcette, who is 48, Nichols asked her to make the video in early 2013, prior to the onset of her health problems. The video clip was released by Fawcette in favor of Nichols, who she fears will no longer have an income source once she stops attending conventions. Fawcette, a filmmaker, claims that this could put a serious dent on the star’s finances and put her Woodland Hills, California home at risk. Should this happen, Nichols might have to be moved to a nursing home, something the star vehemently opposes. Fawcette said that Nichols’ request to film the clip was a way for her to protect herself.

This type of situation is something that unfortunately occurs all too often. Disputes like this are easily avoidable when a proper estate plan is in place, and we urge all our readers to consult with an estate planning attorney to plan for their future.