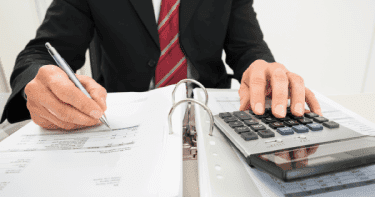 The Tax Cuts And Jobs Act, signed on December 22, 2017, made the most significant changes to the United States tax code in recent memory. Notably, the Act doubled the base tax exemption on estate taxes, GST (Generation-Skipping Transfer) taxes, and gift taxes until 2025.

All three of the above exemptions have increased from a base amount of $5,000,000 to a base amount of $10,000,000, starting on January 1, 2018. They are currently set to revert to the previous base of $5 million starting in 2025, but future Congressional action could either move that date up or abolish it entirely.

The actual amount of the exemption is indexed for inflation, producing a final exemption amount of $11,180,000 for 2018. Married couples may combine their exemptions for a total amount of $22,360,000. This is a significant change that should be accounted for by all estate planning attorneys.

That is not the intended end goal of most estate planning arrangements, so all formula clauses should be carefully reviewed with this new legislation in mind.

Likewise, the increase in the maximum tax-exempt estate amount may make it beneficial for some individuals to reword their existing estate planning documentation to focus on income tax savings instead of estate taxes. The particulars involved are complex, so it is best to consult your estate planning professional for advice on your specific circumstances.

Now may also be the time if an estate is considering making a large gift to another person or organization. Most experts agree that estates will not be charged additional gift taxes retroactively if the figure reverts to $5 million in the future, but it is worth noting that neither the IRS or the United States Government have issued an official confirmation that this will be the case.

The new law has no impact on estate tax rates paid by estates in excess of the new maximum. The top marginal tax rate will remain 40 percent for estate taxes, gift taxes, and GST taxes.

Similarly, Portability is unaffected by the new law. Portability allows a surviving spouse to use any remaining estate or gift tax exemptions the deceased had not yet used.

The law does not cover the Annual Gift Tax Exclusion, but separate legislation is increasing it from $14,000 in 2017 to $15,000 in 2018. This is the maximum value of a gift before the giver begins to incur gift tax penalties.

The Act has several tax implications outside of the realm of estate planning as well. Business partners, limited liability corporation members, shareholders in S corporations, and sole proprietors may now claim a “Pass-through” deduction of up to 20 percent on their Qualified Business Income (QBI). QBI is defined as the difference between business income and any other business deductions claimed.

QBI does not include compensation received from a business, and it is calculated separately for each applicable entity if an individual is involved with more than one.

The full 20 percent deduction is available to individuals with annual QBI of $157,500 or less ($315,000 or less if a married couple is filing jointly). The deduction is gradually phased out as income exceeds that figure, disappearing entirely at the $207,500 ($415,000 if filing jointly) benchmark. There are additional reductions as well, so it is best to consult a tax professional with any questions.

In addition, 529 Plans originally intended to fund college or university tuition may now be used on private, religious, or public elementary or secondary schooling. The amount is capped at $10,000 per beneficiary per year for non-college uses.

Finally, the Kiddie Tax (or taxes incurred by minors on unearned income) will now match the rates charged trusts and estates on amounts in excess of $2,100. This is typically higher than the rates paid by the child’s parents, which was used previously.

In conclusion, the Tax Cuts And Jobs Act Of 2017 have left our estate planning lawyers with a lot to catch up with.