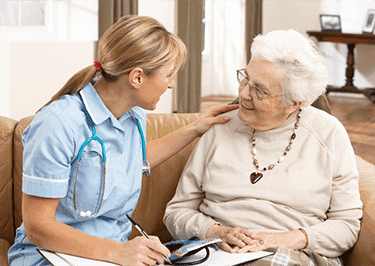 When natural disasters strike, it’s important for people to come together to make sure that the elderly community is looked after. Our estate planning attorneys in Long Beach have been closely monitoring the situation with Hurricane Harvey, and we’ve recently learned that federal officials have announced that Medicare will pay the nursing home costs of Hurricane Harvey survivors in the aftermath of the storm.

Traditionally, Medicare does not pay for long term nursing home care. The program does pay for shorter-term rehabilitation periods after surgical procedures or a stroke, but patients must receive hospital care for at least three days beforehand for Medicare to accept those costs.

Hurricane Harvey made meeting this requirement difficult, as many Medicare recipients were displaced by the storm. Patients in hospitals had to be evacuated, interrupting their care. Others were injured during the evacuation process and taken to a shelter instead of a hospital to recover. Still, others were receiving home care, making it challenging for them to receive their vital treatments now that they cannot return home.

Centers for Medicare & Medicaid Services (CMS) Administrator Seema Verma issued a waiver on August 31 allowing Medicare recipients to transfer to a licensed nursing facility without first spending three or more days in the hospital. This allows them to receive the care they need without worrying about the expense. In a statement, Verma said that “CMS is committed to acting as quickly and effectively as possible” in order to ensure adequate accommodations for “our most vulnerable beneficiaries.”

The situation was bad for patients, but hospitals were struggling as well. They needed all of their beds available to treat victims requiring immediate care, so using a bed on a patient who could be adequately treated at a licensed nursing home facility represented an inefficient use of resources. According to Kevin Warren, president and CEO of the Texas Health Care Association, hospitals were calling nursing homes to encourage them to waive the usual three-day waiting period in an effort to provide care to as many patients as possible.

Warren greeted news of the waiver enthusiastically, stating that it “allows… communities to make decisions in the best interests of the patients.”

The quick action of CMS in the wake of a natural disaster may have been inspired in part by the fallout from Hurricane Sandy in 2012. That storm devastated an area including 24 states, stretching from the Eastern Seaboard west to Wisconsin. No Medicare waivers were issued to pay for nursing home costs after that storm, but hospitals transferred many patients anyway to treat as many victims as they could. Many of the patients could not afford treatment on their own, leading to a payment crisis that could have been avoided.

The CEO of RBC Limited Healthcare and Management Consultants in Staatsburg, N.Y., Barbara Citarella, stated that a waiver such as that issued in Texas is “very helpful” for ensuring that patients receive continuous care in the wake of a natural disaster. She also noted that many Medicare recipients receive vital outpatient services that are no longer feasible after a major storm. These patients can “deteriorate quickly” if these vital services are interrupted, practically mandating that they receive care in a professional facility for the duration.

In our role as Long Beach estate planning attorneys, we strive to keep the public informed on the issues that matter to senior citizens. If you have a topic you would like us to cover on our blog, please contact us.