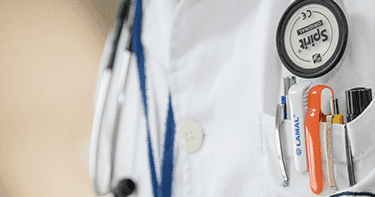 A nation is often defined by the way it takes care of its elderly citizens. Despite being opposed by numerous consumer’s groups,
hospitals, and doctors, last week the United States House of Representatives narrowly approved a new Health Care bill that will negatively affect the lives of millions of its most vulnerable people. The AARP, which has over 38 million members, says the results of this new bill will be catastrophic for all Americans, especially senior citizens.

According to the AARP the new American Health Care Act has several major flaws that will be detrimental to the elderly.

The first is that the new bill allows the imposition of an age tax. Insurance companies may now charge people aged 50-64 as much as five times the amount as younger people. It will also lessen the tax credits that help older people afford their annual coverage. According to the Congressional Budget Office (CBO), the age tax could boost their annual premiums to $13,000. Most elderly people exist on a meager income and can’t afford that.

The bill also allows states to rely on high risk pools with massive premiums to cover those with preexisting conditions. When this method was tried before, it put such a financial strain on states that benefits had to be limited and enrollment had to be capped at a certain number of people.

The cost of many prescription drugs has more than doubled since 2006. This new legislation does absolutely nothing to lower the prices. It would, however, give a $200 billion present in tax breaks to drug and insurance companies who are already making a ton of money. Right now, over 17 million low income residents with some type of disability rely on Medicaid. Millions of low income seniors will be at risk of losing all access to essential long term supports and services if this bill passes.

If this Health Care bill is allowed to go through unchallenged, millions of U.S. citizens will be without any health insurance at all. The CBO predicts that up to 24 million people could lose their health insurance coverage in just ten years. As estate planning attorneys in Orange County, we can’t help but think that there are better ways to take care of our senior citizens. Under the new legislation, premiums will rise dramatically, Medicaid will be weakened, billions of dollars will be given to insurance companies, prescription drug costs will continue to rise, and millions of sick and elderly people may lose any coverage they have.