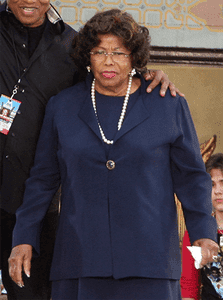 It was recently reported by TMZ that a judge granted Katherine Jackson, the mother of the late Michael Jackson a restraining order against her nephew-in-law, Trent Jackson February 8. The Los Angeles judge granted the order after Mrs. Jackson alleged that Trent had been engaging in elder abuse against her by taking advantage of her financially and emotionally for several years.

Court documents state that Trent had been serving as a driver to Mrs. Jackson but was gradually able to take over her financial affairs and block her from contact with friends and family. According to the complaint, Trent screened her phone calls and restricted her from talking to friends and family, intercepted her mail and falsely reported to bank employees that he was her representative. Trent, 52, denies these allegations.

The complaint also alleges that Mrs. Jackson has to hide from Trent and that he uses bullying tactics against her. Mrs. Jackson reports hiding in the closet to talk to her children in privacy. Attorneys for Mrs. Jackson state that she is easily manipulated, and she recants her accounts of abuse whenever Adult Protective Services representatives open investigations into the elder abuse.

Mrs. Jackson also claims that Trent has wired her home with hidden video cameras and audio recording devices to ensure that she is unable to seek help. In the complaint, Mrs. Jackson states that she has to change her clothes in the closet to avoid being seen by the cameras.

Other complaints against Trent include accusations that he has used Mrs. Jacksons’ credit cards for his own personal expenses and attempted to take over legal responsibility for her businesses. He has also been accused of being emotionally abusive to Mrs. Jackson through manipulation, intimidation and threats.

Jermaine Jackson, Mrs. Jackson’s son also described an incident in which Trent threw one of the Jackson sisters against a wall, beat Jermaine’s nephew and hit Mr. Jackson. Jermaine claims that Trent has stolen more than $40,000 from the elder Mrs. Jackson.

Trent Jackson denies that he is guilty of the elder abuse of which he is accused. He claims that the allegations are a ploy on the part of the surviving Jackson siblings to claim a larger portion of the late pop singer’s estate. He claims that the brothers and sisters want to get him out of the way so that they can pressure their mother into asking for a larger portion of the singer’s estate.

The restraining order states that Trent is stay 100 yards from Mrs. Jackson and her home at all times. This means that he will have to relinquish his current residence in the guest house on the property.

As elder law attorneys in Long Beach, Fullerton, Newport Beach, and Chino, we are greatly disturbed anytime we hear an account of elder abuse, and we urge you to call us today if you or a loved one has been victimized.