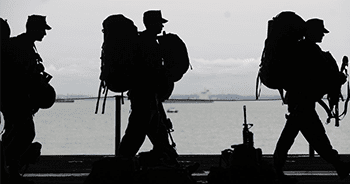 The current GI Bill, passed in 2008, allows post 9/11 veterans with at least three years of active duty service to receive full tuition to attend a public university or an equivalent sum of money toward tuition at a private institution. This benefit must be used or transferred to a dependent child within 15 years or it is lost forever.

The new bill, officially named the Harry W. Colmery Veterans Educational Assistance Act of 2017 after the author of the original GI Bill in 1944, abolishes the 15-year window for recruits who enlist after January 1, 2018. Veterans who enlisted before that date would still need to use their educational benefits in the 15-year time frame specified by the previous legislation.

Finally, the updated GI Bill would allow veterans to reclaim benefits lost due to factors outside of their control. For example, a veteran lost his or her education benefits if they were used on a private institution that closed before they finished their degree. The new law would allow the same individual to transfer to a different institution or even hold onto them for future use. Benefits transferred to a dependent child would also be transferable to a second child upon the first’s death, something that is not currently permissible under the 2008 law.

The new bill is expected to be introduced to the House Veterans Affairs Committee by Rep. Phil Roe of Tennessee, its current chair, at some point this month. Senator Johnny Isakson, a Republican from Georgia, plans to introduce a companion bill in the Senate. The bill would need to pass both chambers of Congress and be signed into law by President Donald Trump before taking effect.

The proposed legislation enjoys strong bipartisan support, leading many to speculate that the bill will easily pass both chambers of Congress. For instance, Rep. Tim Walz (D-Minnesota) praised the bill as an expansion of the “best program to ever come out of Congress.” The prospective legislation has also been universally lauded by veteran's advocacy groups as a fix to the many perceived problems with the 2008 version of the bill.

In conclusion, veterans will enjoy added flexibility in when they can use their GI Bill educational benefits if the proposed bill becomes law. More veterans will also qualify to receive GI Bill benefits.

OC Elder Law is an estate planning firm in Fullerton, Long Beach and Corona, that specializes in maximizing veterans benefits.