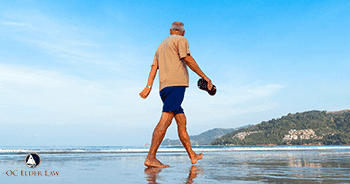 Usually, when we think of teenage years, we typically think about an active lifestyle. Adolescents thrive physically because the human body reaches its peak during this phase. That being said, you would think that this teenage stage should be the most active in an individual’s life, right?

According to a recent study published in the NY Post, it looks like the inactivity of the modern teen has lead to some staggering results. It’s reported that teens today are only as active as senior citizens.

The study was conducted as part of the National Health and Nutrition Examination Survey. Approximately 12,529 participants whose ages ranged between 6 and 85 were involved. Researchers used specialized devices to measure the movement of subjects.

Participants wore the devices for seven consecutive days and the survey was conducted as part of two research cycles: 2003-2004 and 2005-2006. The study took into account all types of physical activity, not just exercise.

The findings, which were first published in the August issue of the Journal of Preventive Medicine show that physical activity is at its highest at the age of six. The lead author of the study, Vijay Varma stated that some of the observations contradict the notion that physical activity gradually declines with time.

The National Institute of Aging researcher further noted that the new data revealed a sharper-than-expected decline in the period between elementary school right through to middle and high school. By the time teenagers reach the age of 19, they are activity levels become as sedentary as the seniors.

Varma wonders why the decline is happening earlier. Unlike teens, senior citizens are usually plagued by many health issues that lead to restricted movement. He believes that the trend can be attributed to social structures; they are not supporting physical activity. In addition, the researcher pointed to the modern school days, which are characterized by long classroom time and relatively short recesses.

On the other hand, early school bell times are blamed for causing sleep deprivation. According to Varma, these times are not consistent with children’s physiological requirements.

Digital devices are not helping improve levels of activity either. Several studies have shown that teenagers spend up to nine hours a day watching television or using tablets and laptops for recreation purposes. However, the actual screen times tend to change rapidly due to the introduction of new technology.

Researchers view late teens as a “high-risk time period for physical inactivity.” The majority of kids in this age group are not getting the recommended minimum activity, which is at least one hour of moderate-to-vigorous workout. Up to 50 percent of girls and 25 percent of boys in the 6 to 11 years of age range are not meeting this World Health Organization (WHO) recommendation.

Adolescents between 12 and 19 are more sedentary. Data shows that 50 percent of boys and 75 percent of girls are falling short of meeting the target. Surprisingly, twenty-somethings show higher levels of activity before slowing down again in their 30s. Varma refers to this trend as a catch up period and attributes the spike in movement due to various social factors.

Levels of activity were noticeably higher early in the morning when compared to teenagers. The research study findings show that emerging adulthood creates many changes. These include increased household responsibilities, starting careers and changes to family structure.

Do you have a topic relating to senior citizens, elder law, or estate planning that you would like our attorneys to write about in our blog? Drop us a line at (800) 220-4205 and we’ll research the topic and blog about it!