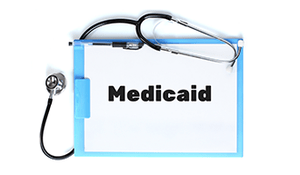 On June 22, 2017, the Senate Republicans, who have promised a repeal of the Obamacare over the last seven years, unveiled a 142-page bill that intends to redefine the government’s involvement in America’s health care sector and in effect, fulfill their promise to fix the Affordable Care Act (Obamacare). Written largely in secret, the legislation would scrap the minimum essential coverage (MEC), eliminate taxes on the wealthy, make massive cuts in Medicaid and defund Planned Parenthood. At the same time, it would allow states to drop many of the benefits mandated by Obamacare, including mental health treatment, maternity care and emergency services.

In particular, the Senate bill proposes the following amendments to Obamacare:

The legislation would retain the enhanced Medicaid expansion funding from Obamacare until 2021 and then phase out the funding over a three-year period. By comparison, the House bill, which passed in May 2017, would lend funding for this program in 2020. The longer timeframe offered by the Senate bill is likely a move to appease and compromise GOP senators who support Medicaid. However, the Senate bill would make deep funding cuts to the program and starting 2025, would base the funding allocation formula on standard inflation rather than medical inflation, which is more generous. Because of the funding cut, states will likely cut enrollment, provider payments or benefits.

Although the legislation would compel insurers to cover patients with pre-existing conditions, it would allow states to waive the essential health benefits. This means that, while the bill would prohibit insurers from basing their premiums on consumers’ medical history, patients with pre-existing conditions may still be unable to get comprehensive coverage because insurers may be able to create less comprehensive insurance for such patients.

Although President Trump praised the bill following its unveiling, the President acknowledged that the bill would likely undergo some changes. Like Trump, GOP Sen. John McCain, who has been critical of the secrecy surrounding the creation of the legislation, was happy with the bill. According to the senator, the bill is better than Obamacare in “100 ways.”

Despite the President’s approval of the legislation, some GOP senators, including Ted Cruz of Texas, Mike Lee of Utah, Ron Johnson of Wisconsin, and Rand Paul of Kentucky, were hesitant to vote for the bill due to various reasons. In a joint statement, the senators aid that, in its current form, the bill was unlikely to fulfill the Republicans’ promise to repeal Obamacare and lower the cost of health care in America. Additionally, Dean Heller, the senator of Nevada, said that he was deeply concerned about the impact of the bill on his constituents who rely on Medicaid, and that he would only vote for the bill if it is good for Nevada.

Unlike the health bill passed by the House in May 2017, which President Trump has since called “mean,” the Senate bill offers more financial incentives to low-income earners to help them afford health insurance. However, like the House bill, it would defund state mandated benefits geared towards expanding the eligibility for Medicaid, as well as create a budget for the entire Medicaid program, meaning Medicaid would no longer be an open-ended entitlement. Furthermore, the bill would eliminate virtually all the tax increases imposed by the Obamacare, which means it would lower the tax burden for the high-income earners.

As Orange County estate planning attorneys, we use our blog to keep the public informed on topics that closely impact our community’s senior citizens. Is there a topic you would like us to cover? Drop us a line and contact us!