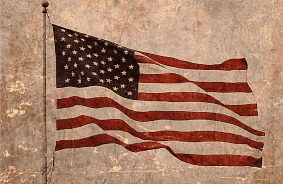 David Shulkin, who is now the Under Secretary of Health for the U.S. Department of Veterans Affairs, has been nominated by President Donald Trump to head the second largest federal department in the United States. If confirmed, the 57 year old physician would be the first non-veteran to lead the agency, and the only remaining ex-Obama administration official serving in Trump’s cabinet.

In prepared remarks he recently made to the Senate Veterans’ Affairs Committee, Shulkin said, “VA is a unique national resource that is worth saving, and I am committed to doing just that. There will be far greater accountability, dramatically improved access, responsiveness and expanded care options, but the Department of Veterans Affairs will not be privatized under my watch.”

Despite clearly ruling out privatization, Shulkin promised to push for a major overhaul of the “broken process” that has led to the massive backlog of veteran’s benefits claims and appeals currently weighing down the department. He doubled down on his promise by saying, “If confirmed, I intend to build a system that puts veterans first and allows them to get the best possible health care, wherever it may be.”

Shulkin is currently responsible for managing a system that oversees 9 million veterans in over 1,700 facilities, and was also given the daunting task of improving wait times for medical care after a 2014 scandal at the Phoenix VA medical center. In his prepared testimony, Shulkin acknowledged that the scandal had drastically decreased veterans’ confidence in the department, as veterans waited months for care or even passed away while some VA employees falsified internal documentation to cover up the delays.

Shulkin also did not rule out closing underused VA facilities in an attempt to reign in the budget, and said he may explore new partnerships to avoid building new medical centers that were too expensive or slow to become established.

In response to the estimated 20 veterans who commit suicide each day, Shulkin also cited Obama administration efforts to combat these statistics by hiring more mental health professionals to work in the department. In fact, the VA currently has over 45,000 job openings, most of which are within the department’s health care system. However, due to the current federal hiring freeze, he could not specify what staffing plans he intends to make for the department.

Overall, Shulkin is supported by several of the largest veterans’ organizations, as many of them also oppose greater privatization of the department. Shulkin has repeatedly testified on his unwavering commitment to making necessary changes to the department in order to regain the trust of veterans and their families, and even encouraged the panel to hold him accountable and replace him if he was not successful in fulfilling his promises.

The Senate Veterans’ Affairs Committee has advanced the nomination of David Shulkin to be VA secretary with overwhelming support and a vote of 15 to 0. Since Shulkin’s nomination has yet to draw any significant opposition, many lawyers, veteran’s groups, and congressional lawmakers believe that the Senate will easily be able to confirm him sometime in the next week.