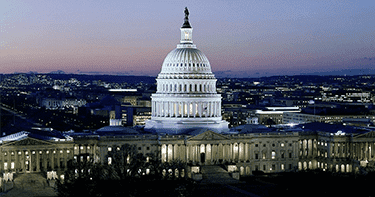 Policy and politics are frequently adversarial even though they are supposed to be allies. It is certainly the case when one looks at the current deliberations on the proposed repeal of the estate tax. This repeal has been a sturdy plank in Republican Party platforms for many years and, in truth, the estate tax has been whittled away for more than four decades to the point where the current plan is estimated to only encompass some 5,500 households in 2017, down from about 140,000 in 1977.

While one might wonder what all the fuss is about over such a small number of taxpayers, the problem is that previous alterations to the estate tax structure mean that the remainder are all extremely wealthy taxpayers holding a substantial amount of wealth. In short, the decision to entirely abolish or just change the threshold on the estate tax involves a lot of tax revenue that will have to be replaced in some other fashion.

With Congressional and Senate Democrats reduced to jeering spectators on enactment of this issue, the battle is largely between the competing visions of the Republican caucus in the Senate and its counterpart in the House. The House version of the tax reform package opts for a total and final repeal of the estate tax while the Senate plan is for raising the threshold at which the tax kicks in from $11 million to $22 million per couple, thus leaving the door open to future tinkering– which is the primary objection emanating from certain segments of the House membership.

These are people who are not as worried about the money as they are about the ideological connotations of the exercise. Yet that ideological purity to what has long been announced as bedrock Republican principles makes many others uneasy at the potential political dangers that come from being charged with taxing the little guy in order to provide yet another advantage to the rich.

Given the need to reconcile the two competing proposals, it seems likely that the tactically-smarter Senate version is likely to prevail over the ideologically-purer House plan. The Republicans have struggled to establish a balance point that will hopefully please their donors, appease their base, and fight off the budgetary shortfall the plan creates in some way that does not risk their own personal popularity back home. Meanwhile, the Democratic members in opposition are taking careful notes as to who voted for what and curating soundbites for use in the 2018 round of election commercials.

What is really getting lost in all of this political maneuvering on both sides is any sense of what is truly good for the country. As far as our estate planning attorneys in Orange County can tell, all factions on all sides seem bent on using the estate tax issue against their political foes even at the expense of inflicting damage on a great many of their constituents.

The Republican leadership hopes to get this issue behind them and move on to more popular items on the agenda in time for the 2018 campaign season. On the other hand, Democratic chances of making gains rest upon the hope that the public will not be amused by GOP calculations about whether it is good to give a tax cut to all of the richest families in America or just to a portion of them.

It is clearly in their own interest to keep reminding the American people of this. By extrapolation, it also means that they will be in favor of obstructing any more popular measures in the current Congress so as to hang this one significant reform firmly around the necks of their political opponents in a way that the voters cannot mistake and will not forget.