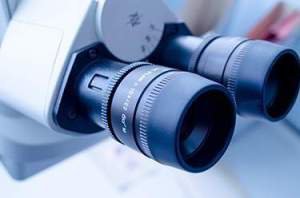 However, researchers at the Massachusetts Institute of Technology (MIT) led by Prof. Li-Huei Tsai have made a remarkable breakthrough in understanding the treatment of Alzheimer’s disease, albeit in mice models of the disease (5XFAD mice). Using unique visual simulation, Prof. Li-Huei Tsai and her team were able to reduce toxic beta-amyloid and gamma levels in mice subjects. Below is some more information on this potential treatment for Alzheimer’s disease.

AN OVERVIEW OF ALZHEIMER’S DISEASE

The accumulation of amyloid beta in the brain causes Alzheimer’s disease, according to researchers. This means that, to prevent or cure the disease, physicians would need to cut the levels of amyloid beta protein in a patient’s brain. Fortunately, Prof. Tsai and her team were able to do that in mice models of the disease using a treatment approach that relies on a biological technique called optogenetics, which involves the use of light to manipulate cells in living tissues. In this particular study, the researchers were able to cut the amyloid beta levels in the brains of genetically engineered Alzheimer’s mice (5XFAD mice) by nearly half simply by exposing the mice to LED lights that flickered with a frequency of 40 Hz.

The light stimulation caused the mice to produce microglia cells, thereby boosting their brain immune systems. The microglia cells enabled the mice to clear the amyloid beta protein from their brains, restoring their gamma rhythms to optimum levels. It is important to note that the duration of light stimulated varied depending on the severity of the disease. Specifically, mice in the early stages of the disease showed significant improvements after only one hour of light stimulation, but the effects of the treatment wore off within 24 hours. Older mice with toxic levels of amyloid beta plaques, on the other hand, require several days of light treatment to show similar results.

The researchers also noted that, in addition to lowering the levels of amyloid beta protein in the brain, gamma oscillations also reduce the levels of abnormally modified Tau protein, another hallmark of Alzheimer’s disease.

OTHER STUDIES ON LIGHT THERAPY ON HUMANS

Prof. Tsai is now among a number of researchers whose studies into light therapy for Alzheimer’s disease have produced positive findings. Other studies on this topic that have produced positive results include a study by Burns and Byrne, which is published in the British Medical Journal, and a 2008 study by a Dutch research group.

Our estate planning attorneys watch closely for any breakthroughs that will help to combat this devastating disease. If you have come across articles regarding new research or treatment methods, please feel free to contact us so that we can feature them in our blog and help raise awareness.