Senior citizens collecting social security benefits can expect an increase next year of 2%, averaging out to $27 per month for the average beneficiary. The increase is accompanied by a variety of adjustments to how much each worker contributes to the system.

The increase is a Cost Of Living Adjustment, or COLA, that is calculated using the CPI-W. The CPI-W is an estimate of the impact of inflation on the average American worker on a monthly basis. Each month in the third quarter is compared to the previous year’s third quarter to determine whether inflation makes a COLA social security increase necessary. 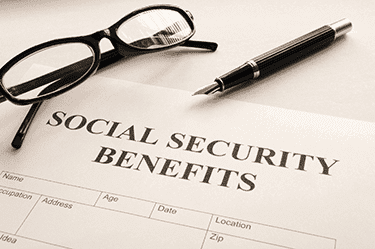 lightly in 2016, producing a COLA of 0.3% for social security beneficiaries in 2017. COLA increases have varied tremendously over the life of the program, ranging from zero on three separate occasions to a high of 14.3% in 1980. The average COLA has been 3.8% since the program’s inception, but only 2.03% since 2005.

Workers will contribute a little more to their future benefits as well. They will pay a 6.2% tax on all earnings until the $128,700 threshold is reached, after which no social security tax is paid and additional income may no longer be claimed when applying for benefits. This is up from the $127,200 figure used in 2017.

Claiming benefits before full retirement age is attained also subjects beneficiaries to penalties if they are earning an income to supplement their social security payments. You may only earn an annual income of $17,040 before losing one benefit dollar for every $2 of additional income before reaching retirement age. This is actually $120 more than last year.

Individuals who have not yet reached full retirement age but will do so in 2018 may earn $45,360 before losing one benefit dollar per $3 of additional income, up $480 from the number used last year.

Social security will also have a number of enhanced security measures in 2018. Paper statements will no longer be mailed out to beneficiaries. Instead, recipients must log onto the social security website to look up information regarding their account. A two-step authentication process will also be required to access the site, adding a one-use only code sent via email or mobile phone to the username and password that were already required. Experts agree that the additional code will make it more challenging for unauthorized parties to access the information online.

In addition, new Medicare cards without social security numbers will be mailed out to all beneficiaries in 2018. The number may still appear on a variety of documents, so beneficiaries are advised to properly dispose of any such materials instead of simply throwing them out.