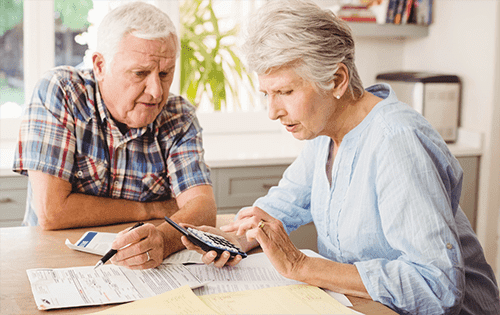 Over the years, our Elder Law Attorneys in Orange County and Corona have worked with several seniors who experienced urgent medical problems that sent them to the hospital. Inmany such cases, after being kept at the hospital under observation for several days, a doctor recommends a short stay in a nursing home for rehabilitation.

Most of these patients assume that their Medicare coverage will pay for those unexpected nursing home costs. Unfortunately, thousands of seniors in this same situation are returning home to staggering bills for the entire amount of their nursing home stay. Due to a loophole in Medicare’s reimbursement policies, if patients are never formally admitted as an inpatient at the hospital, Medicare can decline to pay for any of their subsequent rehabilitative care.

But why aren’t patients being formally admitted to the hospital if they stay overnight and receive treatment? In many cases, hospitals are hesitant to admit Medicare patients for fear of being penalized by Medicare for unnecessary admissions. Instead, patients are kept in the hospital under “observation”; a distinction that makes a huge difference if that Medicare patient is later admitted to a skilled nursing facility for rehabilitation.

Medicare typically covers up to 100 days of rehabilitative care in a nursing home after surgery or other qualifying medical procedures. However, unless a patient has been formally admitted into a hospital for at least three days before being moved to a nursing home, Medicare will not cover the cost of the stay.

Time spent under observation does not count toward the three days, even though the patient may receive extensive treatment, including tests and medications ordered by a doctor. This leaves many patients without insurance coverage for their nursing home care, leading to thousands of dollars in out-of-pocket costs.

To help solve this problem, Congress passed The NOTICE Act with broad bipartisan support last year. The new law requires hospitals to notify patients that they have been placed under “observation status”, and that they may incur major out-of-pocket costs if they stay more than 24 hours without being formally admitted.

The purpose of the new Medicare Outpatient Observation Notice (MOON) is to provide transparency for patients who are unaware of their status and what that can mean for subsequent Medicare reimbursement. Also, the NOTICE Act will give patients the opportunity to speak with their doctors and request that they be formally admitted to the hospital, if that is indeed their wishes.

Several members of Congress, along with private citizens and elder law attorneys, are hoping to completely fix the problem by passing legislation that allows time spent in a hospital under observation to count the same as time spent formally admitted to a hospital for reimbursement purposes.

As Judith A. Stein, Executive Director of the nonprofit Center for Medicare Advocacy stated, “The new law is an important first step, but Congress and the administration need to do more to protect beneficiaries.”