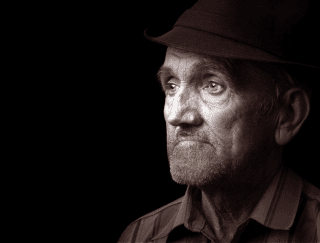 In Montogomery County Alabama, an 81-year-old man who had once analyzed missile systems for the Air Force was faced with a unique crisis. His wife, whom he had wed only a few days prior, was being questioned by authorities who suspected that she was stealing his money.

That woman is Phanta Daramy, a nursing aide who had approached the man at a local grocery store only two weeks before detectives knocked on his door. She wasted no time in befriending the victim, and within just seven days had begun banking with him and married him.  At the time of the interview with authorities in the victim’s home, she had already stolen more than $50,000.

Some of the stolen money had been spent on jewelry, and authorities said Daramy also tried to steal an additional $80,000 from the victim but was blocked from the transaction by banking officials. Luckily, the victim’s savings of at least $150,000 hadn’t been touched and will be kept safe by the victim’s lawyer who is now also serving as his financial guardian. The victim has also since been moved to an assisted living facility.

In May, Montgomery County Circuit Court Judge Anne K. Albright ordered Daramy to repay over $65,000 to the victim and sentenced her to two years in prison. During the court proceedings, Daramy declared her innocence by saying “Your honor, I have never stolen a dime from anyone, ever.” She told the judge she loved her husband and said “I know and believe my husband” loves her in return.

One of the most disturbing aspects of this unique case is the speed and boldness in which Daramy successfully targeted and stole from her new husband. These events paint a vivid picture of just how aggressively thieves have begun to target the elderly. Unfortunately, as elder law attorneys we’ve seen many similar cases in which older people have been easily victimized because they are not only confused but living alone and craving company.

In this case, the victim had been diagnosed with dementia and depression due to the recent passing of his first wife, to whom he was married for more than 50 years. Elder abuse takes many forms, and unfortunately, cases of financial abuse of this nature have become more commonplace as the average age of the U.S. population continues to increase.

Bob Blancato, national coordinator of the Elder Justice Coalition stated, “It’s all about vulnerability, and that’s why we’re so concerned about the isolation of older people.”  Indeed, according to the U.S. Census Bureau, in 2014 46 percent of women and 23 percent of men aged 75 years or older lived alone.

As experienced estate planning attorneys in Corona and Orange County, we are committed to protecting seniors in all aspects of life. Whether you need assistance in obtaining remedies for elder abuse or writing out your will and trust, OC Elder Law is here to help. Contact us to request a consultation today!